earMusic announces that the new single from Annihilator’s upcoming Metal II album is “Romeo Delight”, which is a Van Halen cover. Watch the video below.

Metal II, which arrives on February 18, kicks off this long-term campaign, which will include special builds, additional bonus material, exclusive and never-before-seen new tracks from the band.

“There was something about women and children first,” muses Jeff Waters of Annihilator. “It was a massively brutal take on aggression – meets a DLR-run party. You gotta remember when that came out. ‘Romeo Delight’ is VH’s ‘heaviest’ song, in my opinion ( and to Kerry King’s!) the photos on the cover/back cover of WACF were impactful it was a green cover and it was a photo of the band posing for a record cover and instead of blowing this photo to the actual size of the LP they cropped it so it was a third of the size of the record and all around was green. I was staring at the front and back pics for hours! Eddie was like a second dad in a way Millions [of others] probably feel that too and only his fans at the time could understand that.”

He continues, “His playing, his songwriting, his performance and his smile were second to none. EVER. He was a superb writer, a guitar innovator, a rhythm genius and he was able to build an equipment empire. He took risks. He did his. It worked. Millions and more will mourn him, as long as the future world loves music. But we will also celebrate forever, as musicians will continue to pass on “musical genes influenced by EVH” to future generations! “

Metal II received an incredible overhaul with the one and only Dave Lombardo (Dead Cross, ex-Slayer) slaying drums and vocals “reinvented” by the great Stu Block (Into Eternity).

Waters gave the mixing duties to legendary engineer Mike Fraser (AC/DC, Van Halen) and it was remastered by Maor Appelbaum. The guest list on the album is huge with over a dozen killer artists from bands like Lamb Of God, Arch Enemy, Children Of Bodom, Nevermore, In Flames, Trivium, Danko Jones, Anvil, The Haunted and Lynam : One big metal party!

“Dave was in my favorite band of all time (Slayer),” Waters gushed, “and continues to evolve and play in many diverse bands, like Misfits, Suicidal Tendencies, Dead Cross, Mr. Bungle, and many other projects. .It was an honor to be on the same record as Lombardo.And he uses the Reign In Blood ride cymbal!!Yes!The REAL ride cymbal we hear on this classic record.

Waters reveals that “Stu is the singer that I (publicly) wanted to be the singer of Annihilator, since I heard him in the Canadian group Into Eternity, but I never had the opportunity to. to have ! He’s the next generation of incredible singers taking over the microphone from icons like Dickinson and Halford. And our paths should have crossed a long time ago, but we are here now!

“So I hooked them both up,” Waters continues, “and they both loved the tracks and both said ‘FUCK YES’! And I said to Stu, ‘you got three takes ‘, so there are imperfections and warts and bullshit everywhere. And I said the same thing to Dave, ‘do it’. And watching the pros do that is mind-blowing because you don’t have the best sounds, but you have the best players. 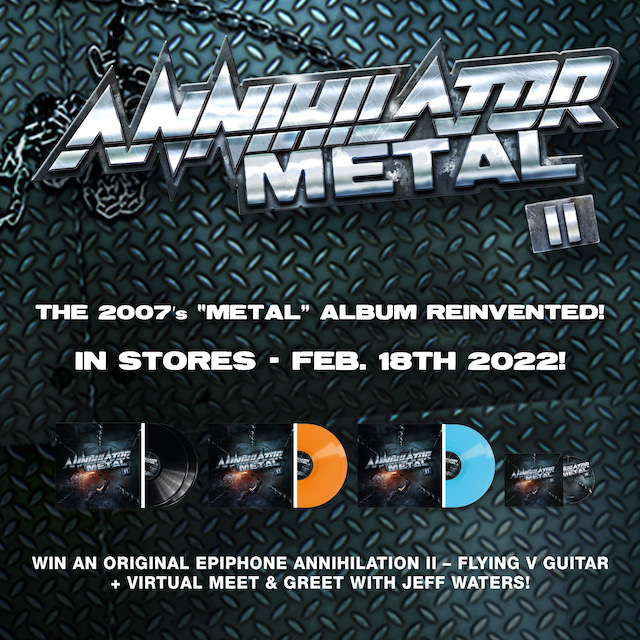 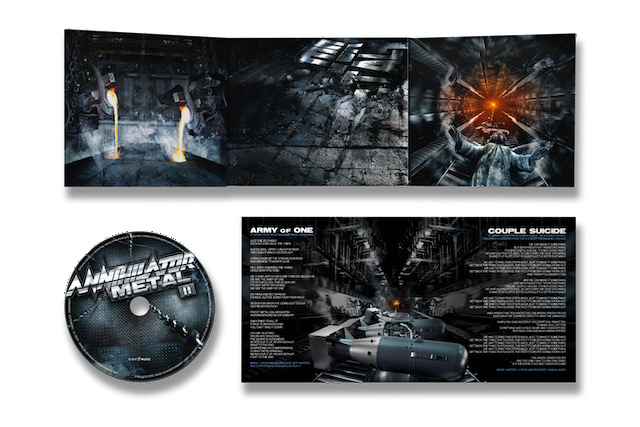 Released on February 18, you can pre-order Metal II via the links below: 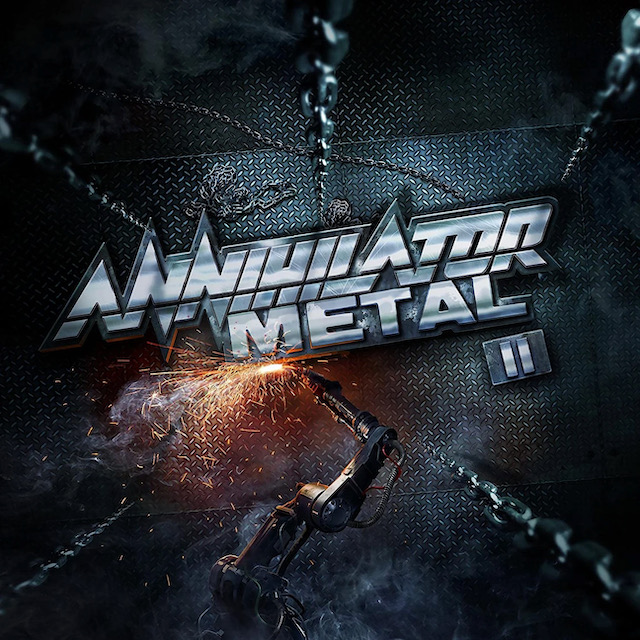