Watch the music video for “In The Depth Of Night” below and pre-order/save Emerge here.

For Chaos Magic’s new album, Chilean singer Caterina Nix has once again collaborated with fellow Chilean musician, singer and producer Nasson. Their musical chemistry has resulted in an album filled with outstanding symphonic metal anthems, filled with catchy hooks and riffs and enhanced by Caterina’s superb vocal performance. Caterina continues to show increased musical maturity with each new release and Emerge is easily her most realized musical offering to date. Her songwriting partnership with Nasson has been going on for a few years now and that familiarity with each other’s style shines through in the songs that make up this album. South America has a long love affair with heavy music and Chaos Magic’s Emerge is a breath of fresh air in the symphonic metal scene.

Caterina Nix is ​​a superb singer from Chile, who was “discovered” by former Stratovarius composer and guitarist Timo Tolkki during one of his tours in South America. Timo was extremely confident in Caterina’s musical talent early on and wrote and produced the first Chaos A Magical album for her. Additionally, he had her featured on Tiimo Tolkki’s second rock opera album Avalon, Angels Of The Apocalypse.

While these two things brought Caterina more to the fore on the international stage, she had already started her musical career with the group Aghonya, who released their first and only album Oxygen in 2008. Caterina had written all the lyrics and lines vocals from the album. , which was independently released to rave reviews. The band then opened gigs in Chile for bands such as After Forever, Edguy and Within Temptation before disbanding. Caterina continued to work on the music before finally meeting Tolkki and starting her new musical journey with Chaos Magic. With Chaos Magic, she opened for Nightwish and Evanescence, as well as touring Europe three times. 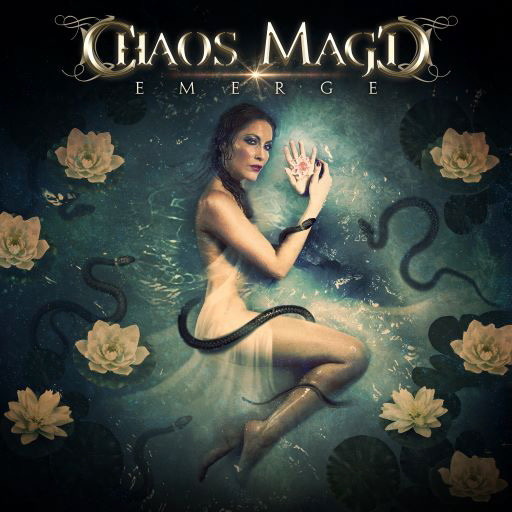 “Emerge”
“Under Your Skin”
“The impossible”
“Winter Garden” (Feat. Elina Siirala)
“Hearts Have Turned Dark”
“Beyond the Silence”
“Lions Days”
“Deep in the Night”
“Victims of our paradise”
“When else today”
“What’s Your Fuel”
“Hearts Gone Dark” ft. Jake E. (Digital Bonus Track)

Video “Deep into the night”: