Entrails presents the cover of their new album, An Eternal Time of Decay. The work was created by sci-fi artist Henrik Ågren, the album was mixed by Jimmy Lundqvist and mastered by Dan Swanö.

“We will release the first single next month on all streaming platforms, and An Eternal Time Of Decay will be released on June 24, accompanied by a reissue of The Tomb Awaits on CD and LP,” announces the group.

Pre-orders can be placed now through Hammerheart Records and Napalm Records. 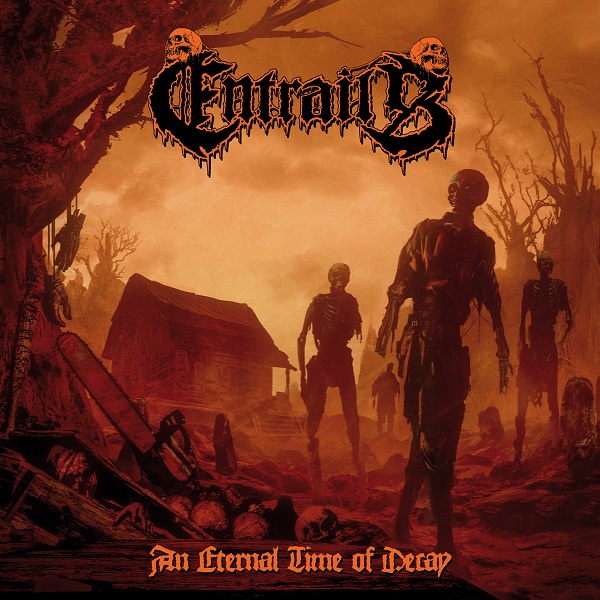 Entrails eventually managed to find their own style, blending the horror movie-themed riffs that permeate their songs, while saving much of the essence of what Old School Swedish Death is all about: a dark with punk drumming, also with buzz – saw and tuned melodic riffs, all well mixed with a respectable level of technical complexity. It’s one of the best Swedish Death and Death Metal albums you’ve ever heard. The overall arrangement and placement of the songs is adequate and it feels cohesive.