Literary Hub is pleased to unveil the cover of Erika T. Wurth’s literary horror novel White horsewhich will be published by Flatiron Books on November 1. In her big publishing debut, Wurth, an urban Native writer of Apache/Chickasaw/Cherokee descent, delivers gritty and vibrant “metal all the way” (Stephen Graham Jones, author of The only good Indians) story of an Indigenous woman who must come to terms with her past after discovering a bracelet haunted by her mother’s spirit.

Here is how Flatiron describes the book:

Heavy metal, ripped jeans, Stephen King novels and the occasional beer at the White Horse have so far defined the life of urban Indian Kari James. But when her cousin Debby finds an old family bracelet that belonged to Kari’s mother, it inadvertently evokes both her mother’s ghost and a monstrous entity, and her willful ignorance of her past is no longer tenable…

Haunted by visions of her mother and hunted by this mysterious creature, Kari must research what happened to her mother all those years ago. His father, permanently handicapped following a car accident, cannot help him. Her Aunt Squeaker seems to know something but isn’t eager to drop everything all at once. Debby is eager to help, but her overbearing husband keeps getting in her way. Kari’s journey to a truth long denied by her family and law enforcement forces her to confront her dysfunctional relationships, her thoughts about a friend she lost as a child, and her desire for the one thing she always wanted but could never have.

Here’s the cover, which was designed by Flatiron’s art director, Keith Hayes: 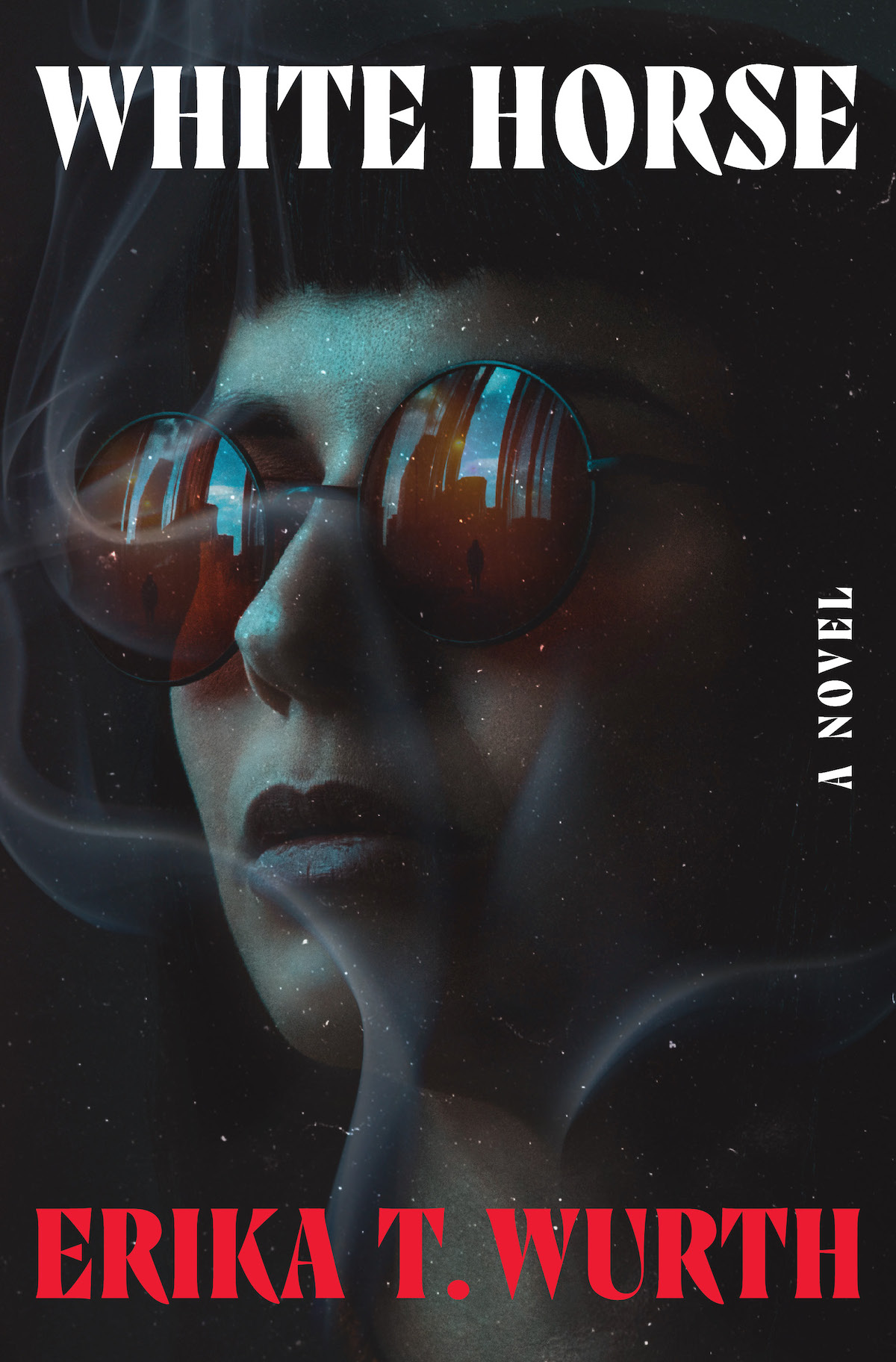 “I’m sitting at the infamous Cascade Bar in the Stanley Hotel, where Stephen King surely sat, inspiring his novel The brilliant-and I think of the cover of my native literary horror novel, White horse,” Wurth told Lit Hub. “The cover features an urban, multi-tribal native; Kari, my heavy metal and horror protagonist. She also stays at the Stanley, as she received a vision; in her dream, her mother’s ghost stands in the halls of the Stanley waiting for a monster. In her dream, her mother protects her as she could not in life. Kari is about to receive Geronimo’s war club, the thing that will defeat the monster that is preventing him from solving his mother’s murder.

I’m grateful that my editors – Maxine Charles and Zack Wagman – worked with me to make sure what mattered to me was on the cover, and many series were sent to them and then to me before deciding what that you see. . What mattered to me was that the cover featured an Indigenous woman who could be Kari, who could be my mother, who could be me. Because think, you and I, of how many times we have seen an Aboriginal woman appear – without stereotypical attire – on the cover of a mainstream novel. mexican gothic. Black Sun. These are novels – and covers – that I love. But White horse center a photo of a real woman – whoever she is – who seems to be from a branch of my family.

I also love the mystery the cover implies; the ghostly smoke, the strange figure reflected in his glasses, the boredom and darkness – the bad mood of the whole composition. Kari is mean, funny, and sarcastic, but she’s also ultimately a tender, vulnerable person who adores her brain-damaged father and deeply loves her sweet, well-meaning cousin. And there’s something of that in there too.

White horse goes on sale November 1, but you can pre-order it here.